Last year, JSerra’s girls cross country team was the first in school history to win the triple crown of Trinity League, CIF and a state championship.

On Saturday, the squad completed the feat again, defending its Division 4 state title in Fresno.

“These girls wanted this so much,” coach Martin Dugard told the Orange County Register. “Just before the race, I reminded them to run their race with authority and they got the job done.” 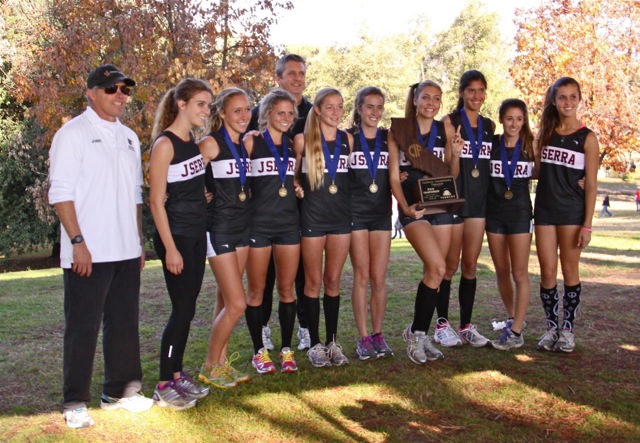