We are always proud of our Lions. Every year, we see students reach their potential and show the world who they are as individuals. They are first and foremost students, but our Lions are also stellar in other aspects of their lives! We are so proud of the following students who signed their letters of intent to the universities of their dreams this Spring! 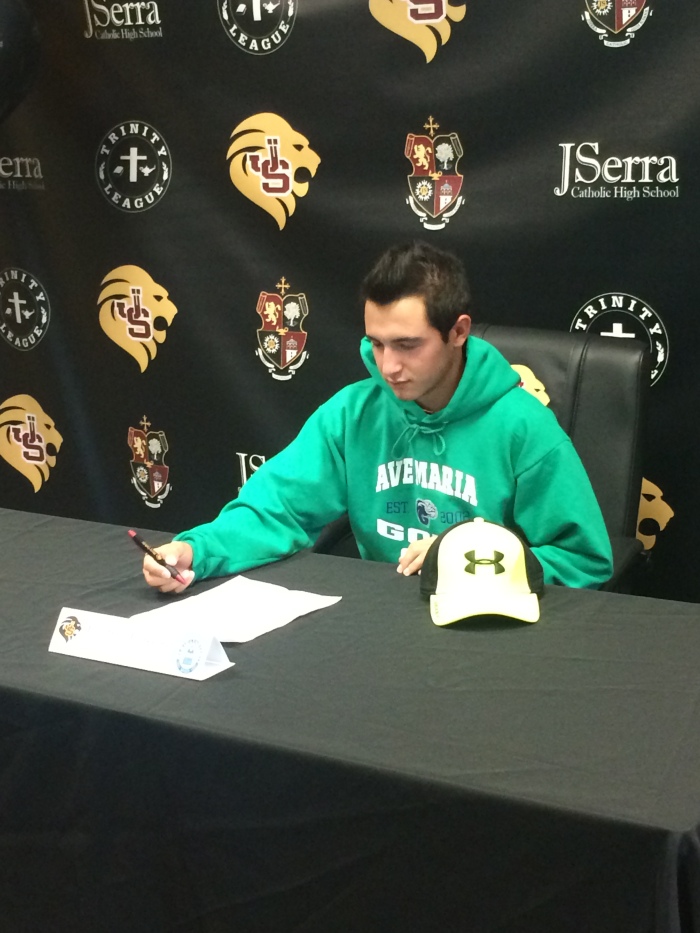 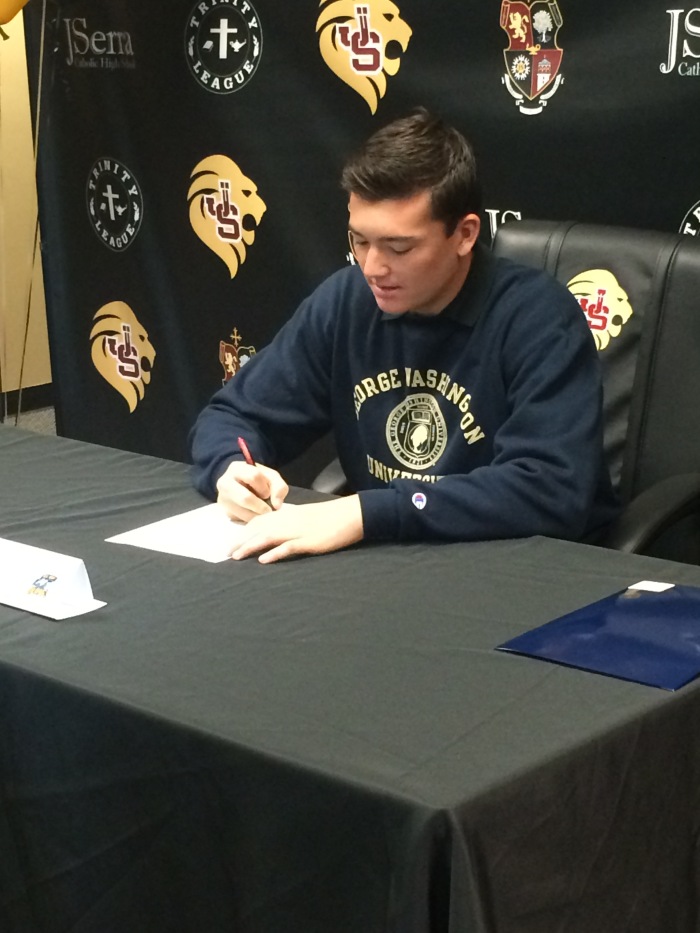 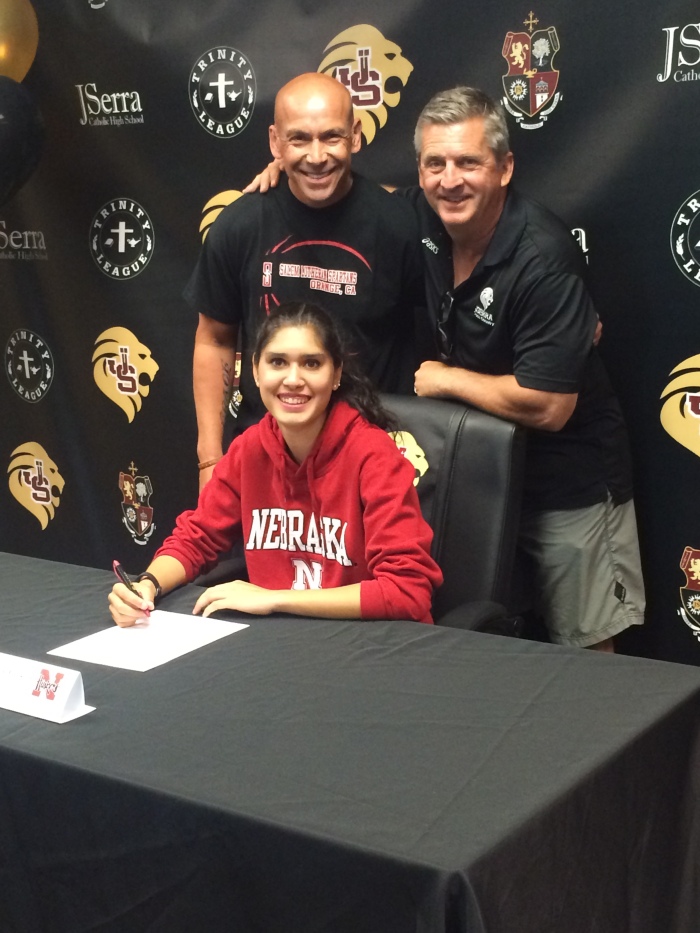 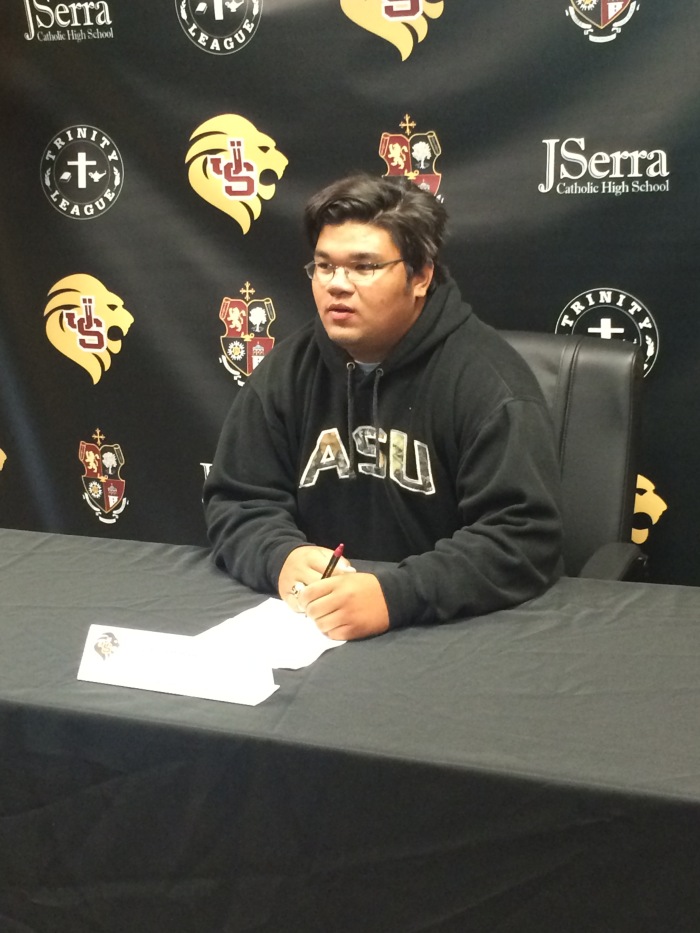 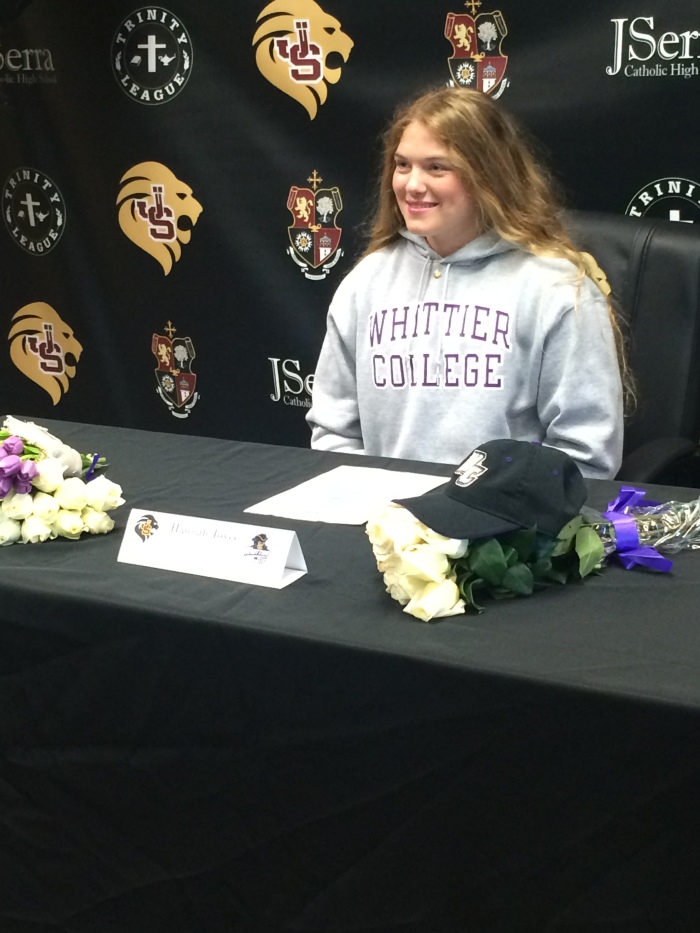 Congratulations! Everyone at JSerra will be rooting you on in your future endeavors. We know you will make us proud!

Junior rider Haley Giddings of Laguna Niguel, California posted a win in the $5,000 HITS 3’ Hunter Prix on Sunday, Feb. 12, when she rode Cavallo Farm’s Opportunity (the horse) to the blue as the horse-and-rider team were the best out of the 30 that showed over Rian Beals’ course.

Giddings and Opportunity were fueled by a fantastic second round as they scored an 87 to rocket their overall score to 170. Wrestling the top spot from Emily Winkler and Landmark, Giddings and Opportunity are now well on their way to qualifying for the all-new $250,000 HITS 3’ Hunter Prix Final during HITS Championship Weekend at HITS-on-the-Hudson in Saugerties, New York this fall.

Giddings has been training with Richard Slocum and John Bragg for about two years and was SmartPak Mid-Circuit Champion in the Equitation 14-15 during the first half of the 2012 HITS Desert Circuit.

“This is the horse’s first major win in the hunter ring,” said Slocum. “He has won the New England Equitation Finals and won at Devon. He is on a generous loan from the Spogli family.”

The Fall issue of JSerra’s Crimson Pride Magazine has arrived and has all the news, sports and events happening on campus.

-A commission by President Obama

-International travels, and much more

Check out the all new JSerra Athletics Facebook pages. Customized to each of the 23 sports JSerra offers. You can easily find out game times, scores and stats to all our JSerra sports.

*More Facebook fan pages to come as their season rolls around. If you are a parent or coach and would like player cards made please contact Amanda Samaan at asamaan@jserra.org for more details. 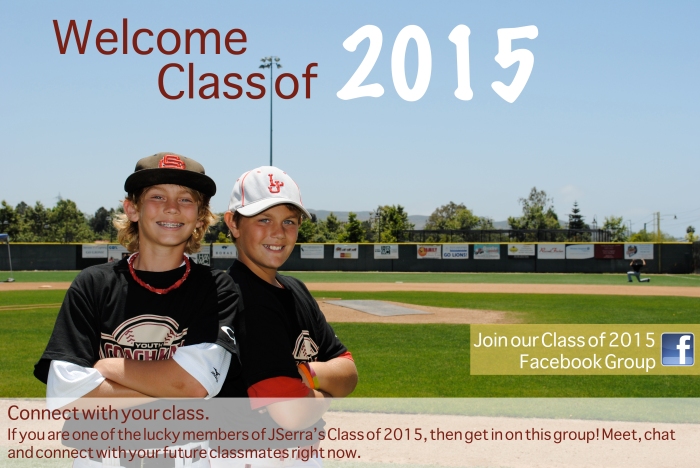 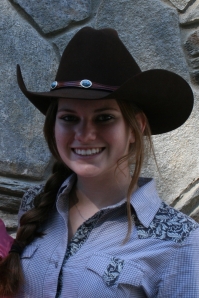 Gracyn Garberich has qualified to represent the state of California at the 2011 American Quarter Horse Youth World Show. This prestigious event takes place in Oklahoma City from August 5-13.

Gracyn will be riding her horse The Nu General aka “Strider”. Together they will compete in the speed events which consist of 3 classes in barrel racing, pole bending and stakes race. The state invites the top four youth competitors in these events to the youth world show.

Gracyn also competes through the California High School Rodeo association each month throughout the school year.